About The Pennine Singers

The Pennine Singers are a mixed voice chamber choir comprising about twenty experienced choral enthusiasts.  We maintain a busy concert schedule, performing regularly in the Saddleworth and Glossop areas as well as further afield.

We cover an extensive repertoire from Masses, to Musicals, from the Renaissance to contemporary times, from Purcell to Cole Porter and everything in between and beyond.  We have worked with many distinguished singers, organists and other musicians, including instrumentalists from the BBC Philharmonic.

Every other year we tour, providing music for services in English Cathedrals and Abbeys, including Hereford, Lichfield, Worcester, Chester, Lincoln and, most recently, Coventry.  We have great experience and understanding of the Church of England choral tradition and its part in the Church’s services.

We have been creating choral music for over 30 years, founded originally in 1983 by our former conductor Jack Pickford.  Since 2016 we have been under the direction of Liz Brocklehurst with occasional performances under guest conductors. 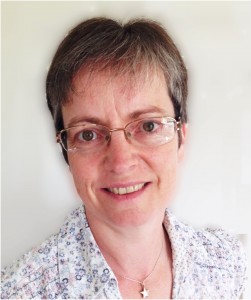 Music began as a hobby for Liz but, as her career has progressed, has gradually taken greater prominence. She read English at Exeter University where she was a member of the University Chamber Choir (The Exeter Singers) and also the Chamber Orchestra. Trained as a Primary School teacher, in recent years she has worked at Oldham Music Service where she is Subject Leader for Curriculum Music and also conducts the Youth Choir.

Under her direction, the choir have sung with the BBC Philharmonic Orchestra at the Bridgewater Hall, performed at the RNCM and taken part in the Manchester International Festival performing at the Whitworth Gallery, Manchester.  Liz has a DipABRSM in Singing, gained a distinction in the ABCD Intermediate Conducting Course and in 2013, she completed a MA in Education (Music).

Friends of the Pennine Singers

We are extremely grateful to the Friends of the Pennine Singers for their support, particularly by providing finance to help towards the costs of music hire and engaging professional performers.

If you would like to find out more about the Friends of the Pennine Singers then please contact us.

Membership of the choir is by audition.